SKI + NASTAR Back Together

The country’s premier grassroots racing program is back under the same roof where it was created.

This story was originally published on skimag.com on June 4, 2020

Even if you've never bashed gates at one of the many NASTAR race courses at ski resorts across the continent, you're undoubtedly familiar with the premier race development program. But did you know that SKI Magazine actually created the program in 1968? Up until then, there was no organized national competition for recreational racers and no standard by which to judge racers' progress. Some ski areas didn't even allow gates to go up on their slopes.

SKI's editor-in-chief at the time, the late John Fry, turned into the champion for the cause, helping to roll out the inaugural NASTAR (which stands for National Standard Race series) season at eight ski areas during the winter of 1968-'69. Today the program operates at over 100 resorts.

Now, after five years under the oversight of the U.S. Ski Team, the program is back home. Active Interest Media, SKI's former publisher, welcomed NASTAR back into the fold, taking back operations of the program last summer.

“NASTAR has always been an important entry point for aspiring racers to our development pipeline in alpine ski racing and we are excited to see it continue to grow under SKI once again,” said U.S. Ski & Snowboard President and CEO Tiger Shaw in a press release. “Many of the best U.S. Ski Team athletes got their start in NASTAR—a tradition we expect to continue. We look forward to working with SKI to inspire participants of all ages to get involved in ski racing.”

Look for content pertaining to all things NASTAR this season, produced by the editors of SKI (now owned by Pocket Outdoor Media) at the newly revamped NASTAR.com, which features ski-racing friendly info, tips, and articles about gear, fitness, technique, and more.

Also this season: NASTAR ambassadors Ryan Cochran- Siegle and Laurenne Ross provide exclusive insights and contributions about their experiences coming up through the program and their time on the worldwide race scene. 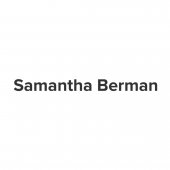 Samantha is an editor at SKI Magazine.