Pacesetter Stories: Determining the Success of a Season

Determining the Success of a Season

From my very first years of racing, spring has always represented championship season. The culmination of an entire year’s worth of progress and hard work being put on full display in a couple days. Starting with Stowe Duals around the age of 7 evolved into J4 states and Whistler Cup Shootout, then J3 Junior Olympics and competing among a select few at the Whistler Cup just after I turned 15. There were the occasional times when I walked away a champion feeling on top of the world and then there were the many others when I felt like a failure overshadowed by huge disappointment. Regardless of the result, each of these events seemed at the time to be the penultimate competition that made or broke me as a ski racer. Of course, whether I achieved my version of success each year never mattered as much as I built it up inside my head. This is very likely still the case as the 2022 race season is rapidly coming to an end.

To define a season as a success or not, I come up with a few general and at times difficult questions to answer first. For instance, did I make an improvement to the level of skiing that I was initially striving for? Were there more races that I walked away from disappointed in myself than I had anticipated at the beginning of the season? Does one great day at the year’s major competition carry more weight than a summation of an entire season? Did I achieve any or all my preseason goals? Each of these inquiries break down a season into parts to help formulate a clearer picture, but some ambiguity is usually left open for interpretation.

Part of my vagueness is intentional as I skew my methods toward a greater holistic view rather than getting caught up in the minute details. By only choosing to analyze my best or worst race would be doing myself a disservice. After all, skiing is naturally a sport that comes with a great deal of variance race to race and even season to season. With so much out of one’s control, it can be difficult to take accountability and zero in on the important pieces that can be changed for the better. Likewise, there are other times that luck comes into play more than one willingly admits and it makes it difficult to be fully critical of one’s endeavor. As I take a step back, I see a season for all the travail and growth, as opposed to results alone, which makes for a more truthful starting point as I begin preparations for the next season.

One critical concept to understand is that how you choose to define yourself today has an impact on what actions you take tomorrow. The more honest you are with yourself the more accurate you can be in addressing your needs to eventually lead you to your goal. After all, this is the point of goal setting, so that you can set waypoints along your path to check in on how close you are to realizing your life’s dreams. It’s a great feeling when you do accomplish a lofty ambition but failing to do so is also never as bad as it first seems. Whether you see yourself as a child prodigy or someone with a chip on your shoulder, no path to success has ever followed a straight line and not every goal will be met. Falling below the mark is always acceptable, so long as you can clearly define and learn from the discrepancies that led you to an unsatisfactory end. From there it becomes easy to build a road map to get you back on the right track.

Another key point in following healthy goal habits is to avoid setting markers on your self-worth based on past achievements as this has no positive effect on future performances. Gaining confidence from good results is important but pay more attention to the pieces that led you to those good results in the first place. If you only focus on the results, the process soon becomes secondary, and it will only be a matter of time before your fellow competitors catch up to your established level. What matters more is the journey from where you are and where you want to go to see the work and changes that need to take place.

If you believe this past season to have been a great success, then I wish you congratulations! Now use it positively as proof of all your hard work and to stay motivated along your long-term trajectory. And if this year has not gone as well as you would have liked, then recognize that this is also okay. Always believe in yourself, stay hungry, and finally have fun. There is no time like the present to get to work and start building for a better season next year! 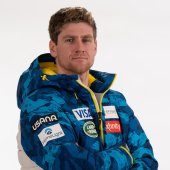 Ryan is a six-time National Champion and Two-Time World Juniors Champion and has been on the U.S. Ski Team since 2011. He is a NASTAR pacesetter.